We detected that you are visiting from the US.
Would you like to navigate to our US web site? 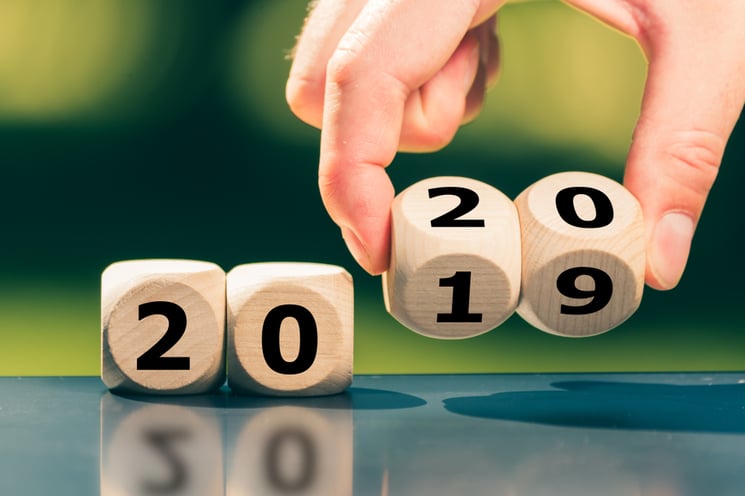 2019 In Retrospect - Key Takeaways from the Novidea UK team

From contingency Brexit plans, to the emergence of ‘non insurance’ players, 2019 has been another disruptive and exciting year for the insurance industry. Here, the Novidea team takes a look back over the last 12 months to share their key takeaways.

2019 has been the year of the M&A. It’s evident that mid-to-large size companies are increasingly understanding the benefits of ‘economies of scale’ and how they can take advantage of the synergies between businesses through a merger or acquisition. This trend has seen brokers and agents benefit from adding additional services, capabilities and business coverage into their existing portfolios and propositions.

The UK market in particular has seen a number of big M&As, including the huge Marsh and JLT merger back in April and several acquisitions by SRIL. But it’s also an international trend, with US brokers trying to buy a foothold in the UK. It’s been interesting to see the different strategies when it comes to making an integration a success, especially when they come with the merging of different cultures, people and IT systems. Taking a holistic view of the industry is key, as well as considering business models, market conditions and IT capabilities.

There has been a lot of talk of change in 2019. It has been a slightly unsettling year, given no one really knows what Brexit will look like – one of the main focusses for insurers was putting contingency plans in place to deal with this. That said, brokers and agents were sitting back and dwelling on the uncertainties of the market. Instead, we’ve seen a lot of transformation and the impact of emerging technologies is becoming apparent.

2019 has also demonstrated the resilience of the London Market. The Lloyd’s blueprint shows awareness of the potential impact of different factors on the horizon and its ability to deal with these consistently – a testament to its success.

The common perception both in and outside of the market is that insurance, particularly the London market, is antiquated and slow to evolve. Legacy systems are costly to transform, both financially and when it comes to resources, so strategy tends to focus on short term “must have” priorities, rather than innovative disruption technologies.

However, the market can be quick to respond when it has to, like when responding to new regulation. This is something we have seen over the years with the FCA’s TCF initiative, GDPR and Solvency II to name but a few. However, 2019 was focussed on Brexit. Insurers, Lloyds brokers and service providers have had to consider and implement their response.

As of January 2019, very few insurers were Brexit ready. Whilst Lloyd’s had set up a European subsidiary in Brussels, few insurers had followed suit and still had no PRA approved European base to ensure the continuation of operations post-Brexit, including Part VII approval for data transfer. Maintaining fully operational front and back offices including underwriter stamps is also an issue – at least one insurer had a scenario in which they required eight stamps on an MRC which would not have even accounted for 100% of the risk.  This clearly won’t be sustainable.

In addition, we have seen in some ways the market has moved toward a more digital approach. Robotic Process Automation (RPA) was the main technological investment in 2019, with multiple organisations implemented Claims RPA, optimising processes by automating tasks – an old technology concept that has been rebranded and paired with better IT.

In 2019 we’ve seen even more consolidation in the broker space, with a number of acquisitions taking place. In addition, there has been some early signs of ‘non insurance’ players expanding into the market. Tesla, for example, has started offering insurance to owners of its electric cars at a lower price than traditional insurers. It will be interesting to see whether this becomes a trend amongst producers of ‘smart’ devices, who will be able to collect vast amounts of data on the use of the device in order to price risks more accurately.

Specifically for Novidea UK, the highlight has been the successful release and implementation of the new IBA module at our first Lloyd’s Broker. It was great to kick-start this, and it will become a key part of our offering in the future.

Whatever your main takeaway from this year, it’s been an interesting one for the industry. 2020 will no doubt bring more challenges, but hopefully more exciting developments too!

Highlights: Broking in the cloud – core elements to cloud migration

In this open session Craig Beattie, Senior Analyst CELENT, Ben Potts, Novidea UK, James Willison, Web Connectivity;  Keith Bucknall, SRG discuss: The three core elements of migrating to the cloud: which model to choose, who should you partner with to succeed, and how to push such an initiative with management.